Adidas Y-3 is a premier fashion collaboration between world-renowned designer, Yohji Yamamoto and iconic sportswear label Adidas. Together for the last 15 years, the two have repeatedly innovated, reinvented and set the tone for global streetwear. This event marked the first ever launch of a swimwear collection under the Y-3 label.

The collection was to kick-off Men’s Fashion Week in Paris 2020 — and set the tone for all consortium brand partnerships. Y-3 needed a global print advertising campaign, seasonal social assets and an immersive experience for the launch of the collection. 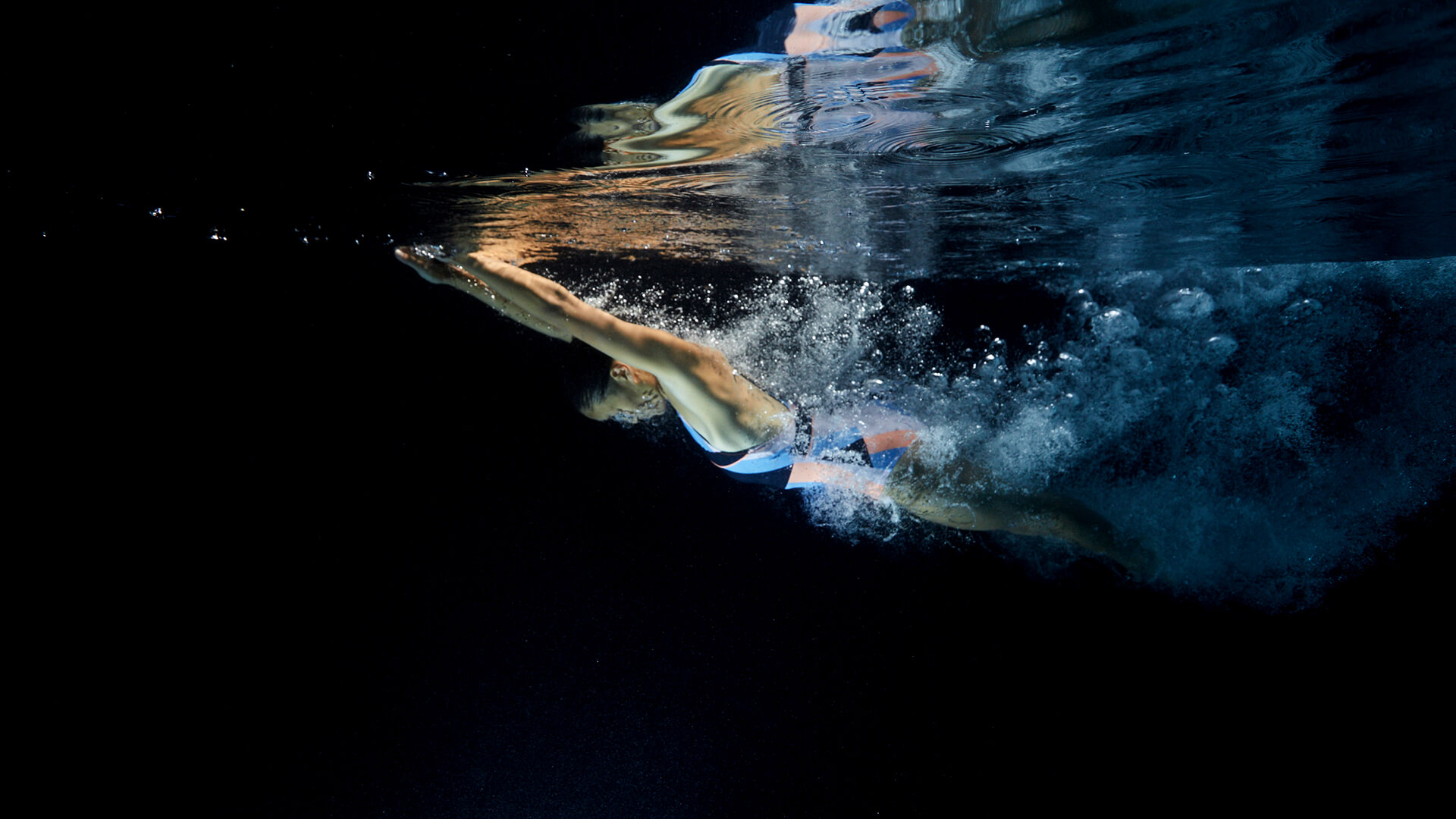 For the launch we set out to build an immersive experience. Ultimately, it would include a 110 ft monitor floating above an elevated pool of water. The only light in the space coming from the screen itself, the audience positioned surrounded by a shallow black pool— surrounded by the film reflected in its surface. Timed sonar pulses were positioned in the water to create ripple effects synchronized with the imagery, elevating the content to an immersive 4D experience edited to have no end or beginning. The audience could enter the space at any point of the film, and experience the unique aesthetic vision of the launch.

Conceptually, we were determined to push against any notion of what is expected from a swim collection. The experience, entitled “Dark Water” is an exploration of vast, dark, underwater space pierced by artful movement and texture. The suites themselves had splashes of color – a departure for the Y-3 brand – and that became a subtle but nonetheless powerful focal point. The end result, a mesmerizing 1minute 30 second film installation that stunned viewers and became the talk of the week for Adidas consortium partners. 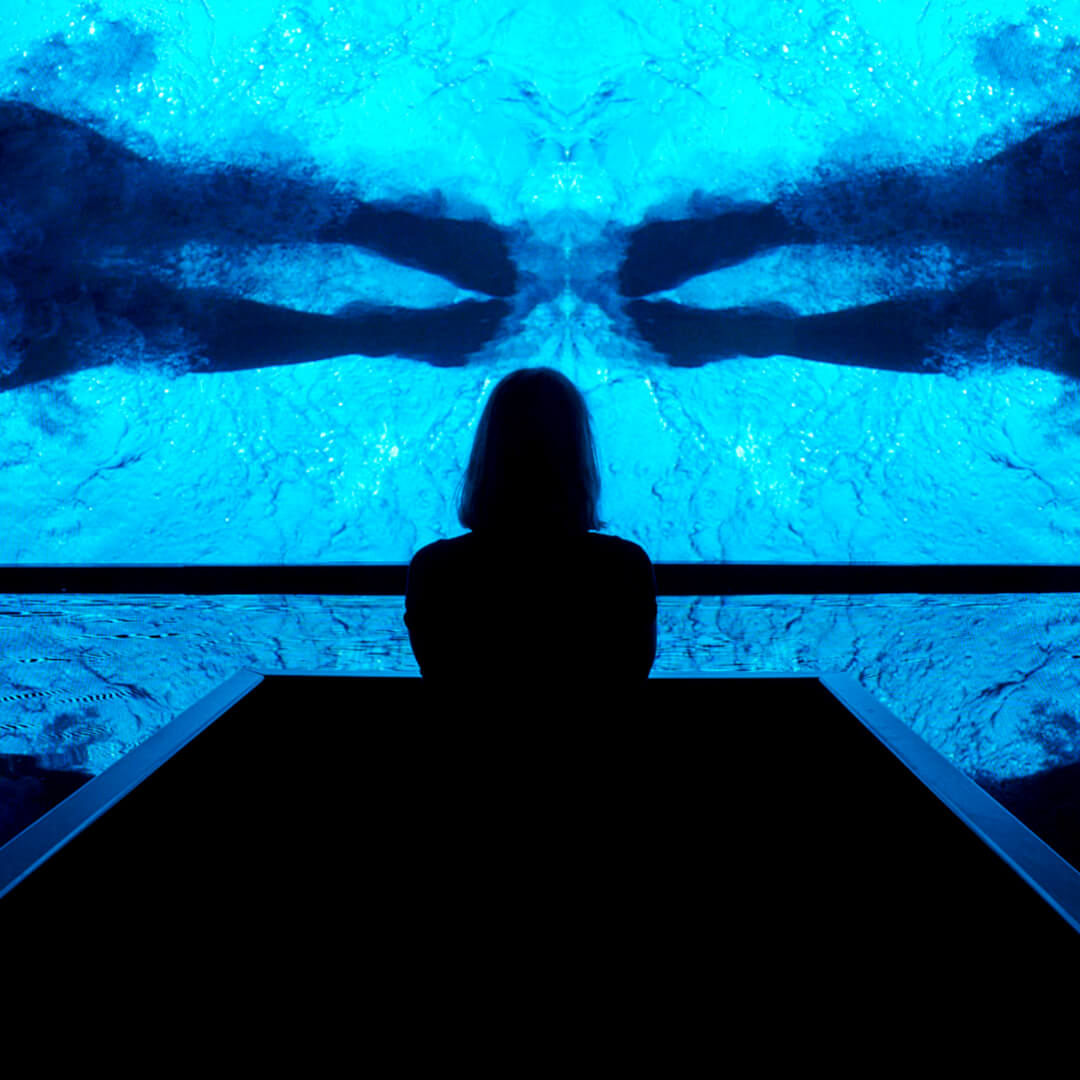 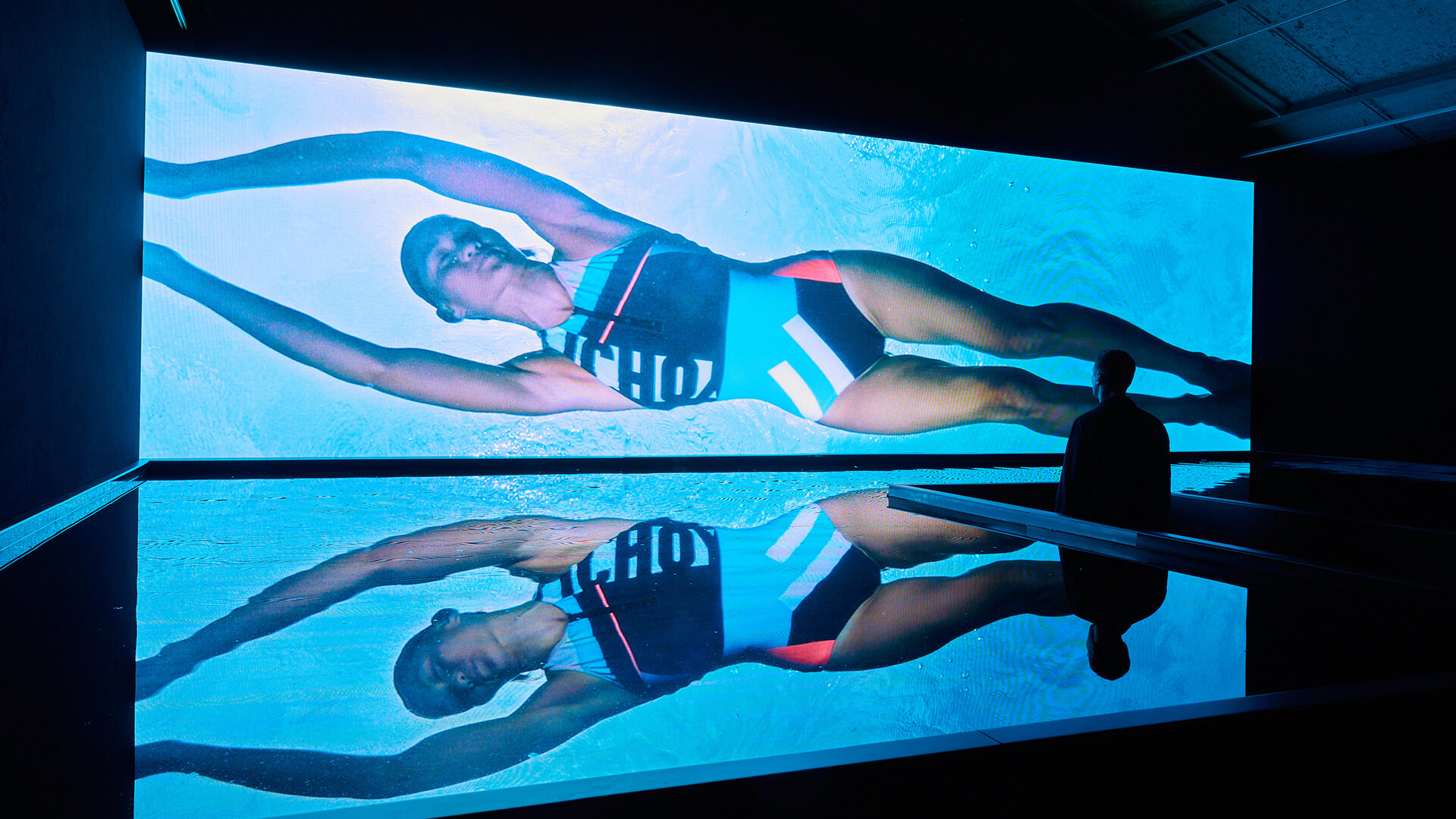 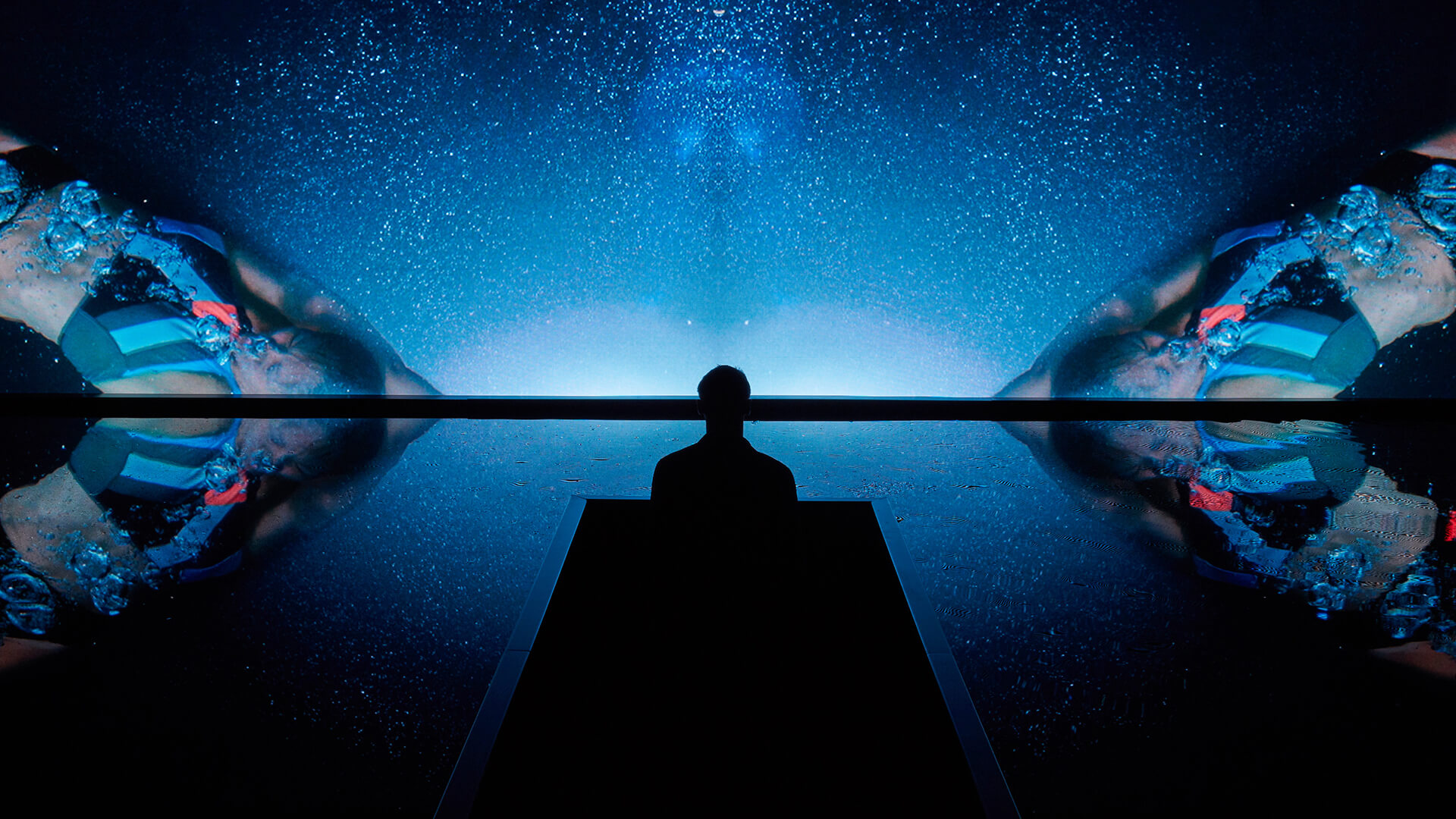 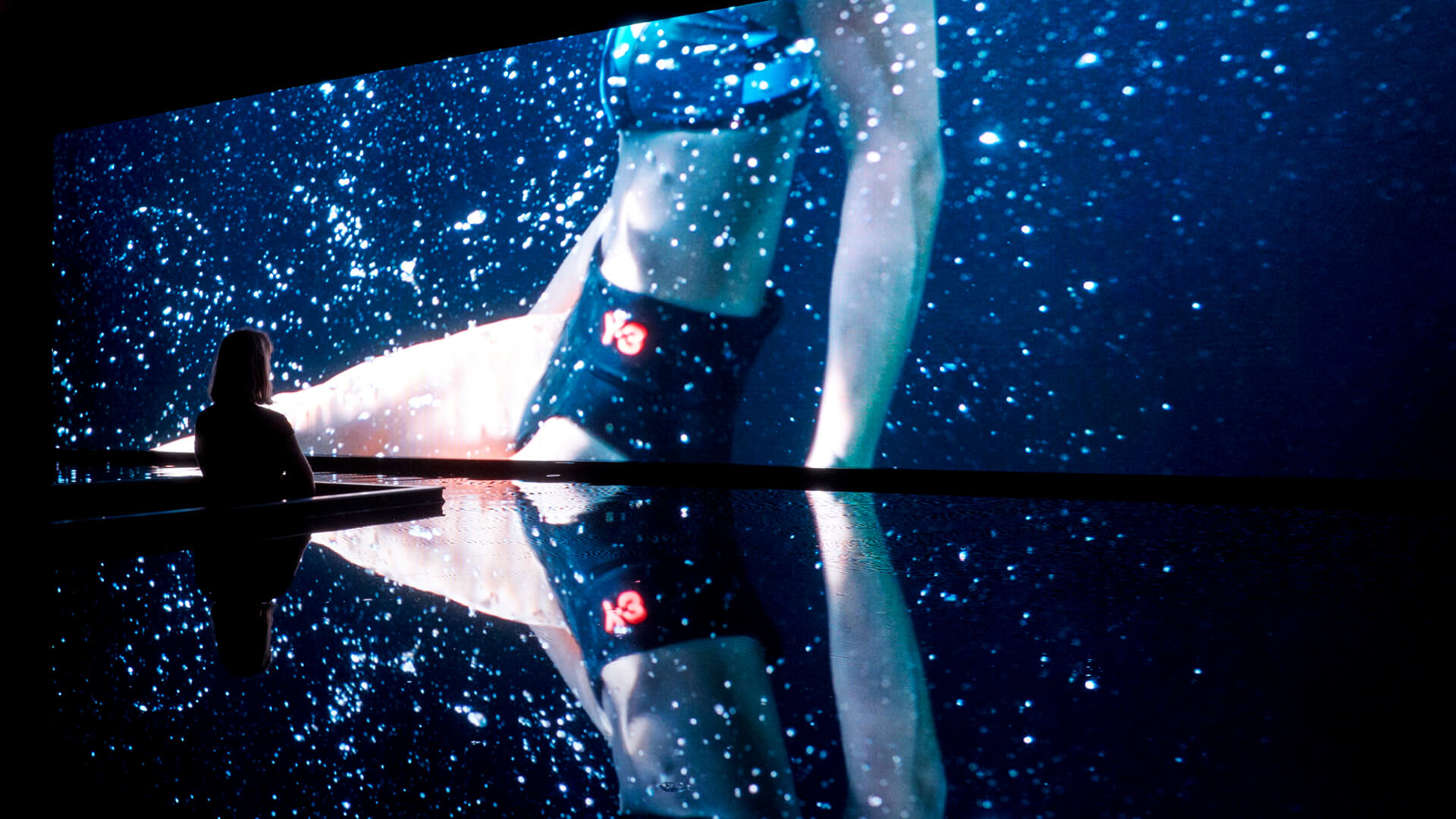