In 2017, Temple Football was coming off two 10-win seasons and witnessing many players move on to the professional ranks. We wanted to highlight Temple Football’s new identity as up-and-coming, with ones-to-watch winners.

Under new Coach Geoff Collins, Temple replaced an underdog sensibility with a winner-takes-all sense of confidence. We capitalized on that attitude while continuing to build on the existing Temple Football brand. For visuals, we used field lighting, water misters, and red gels to convey sense of the team on the field after a triumphant win, and aligned this directional new approach with the program’s iconic tagline: “Greatness Doesn’t Quit.”

Standard Black was responsible for creating assets and a style guide that rolled out across all digital, social, print and OOH assets for the 2017 season. Additionally, since wearing a single-digit football jersey is considered to be one of the highest honors an Owl can earn, we developed “The 9 Patch” program, a signature patch worn on players' game uniforms that highlighted Temple’s hardest and toughest players. 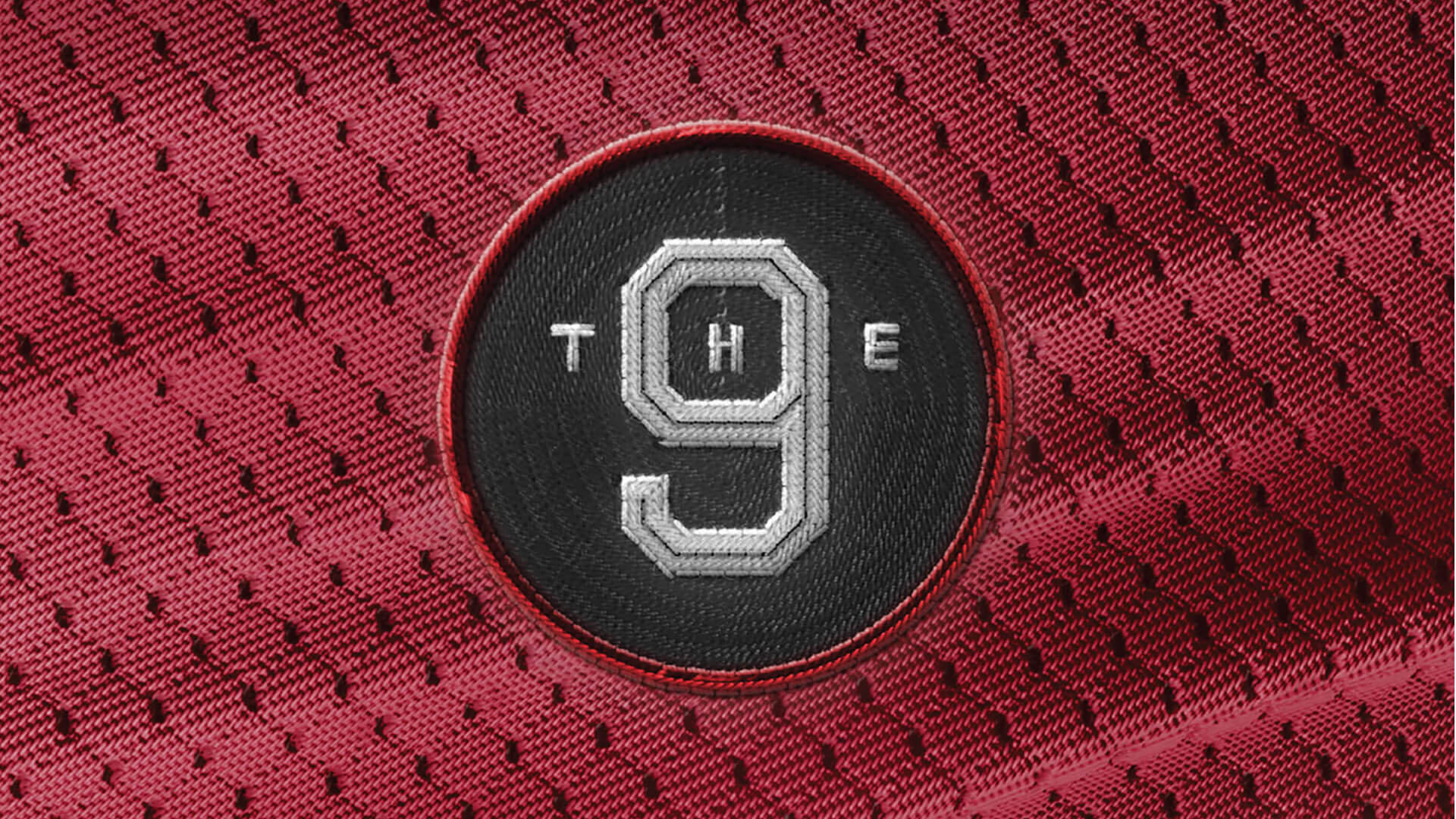 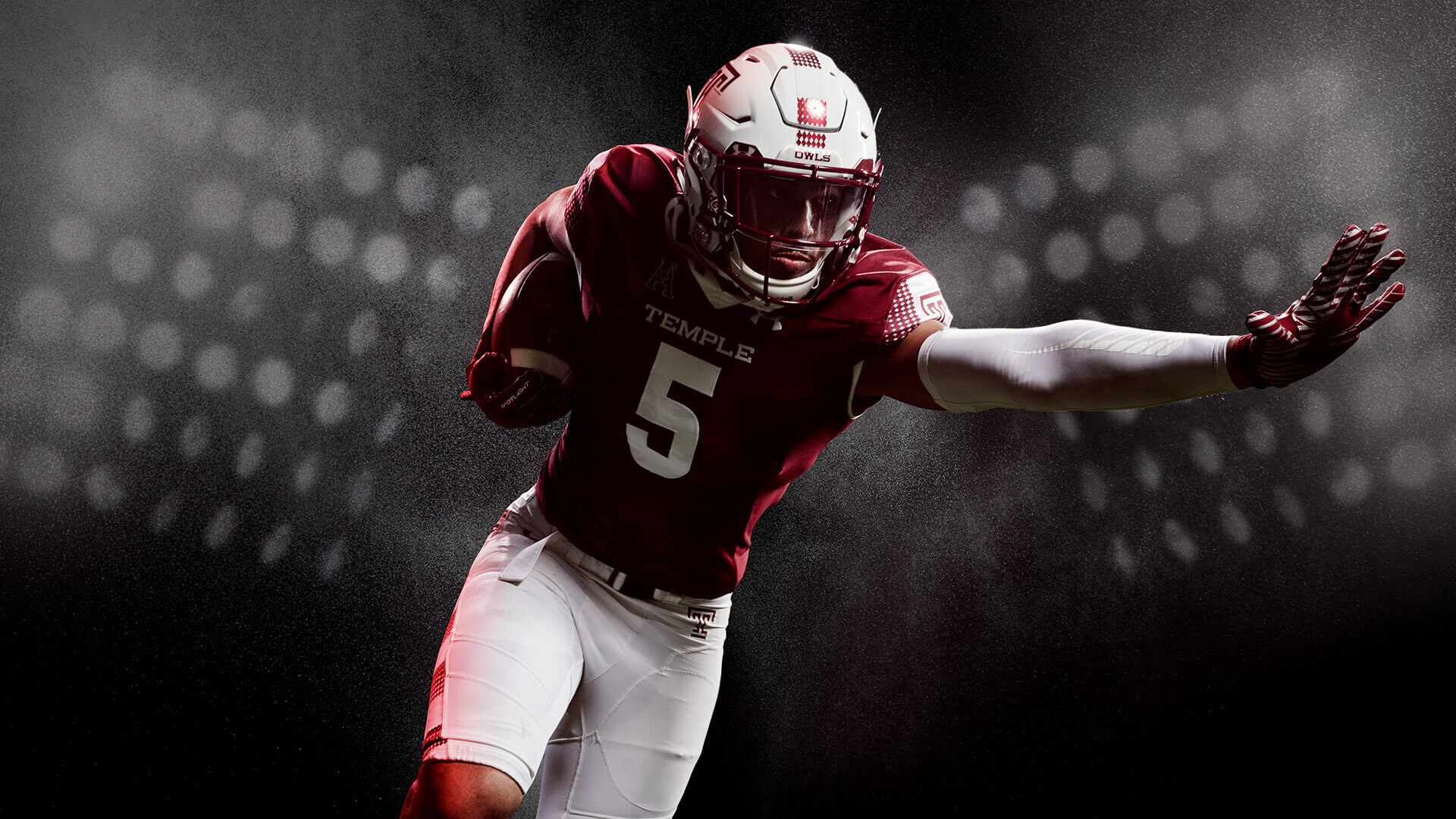 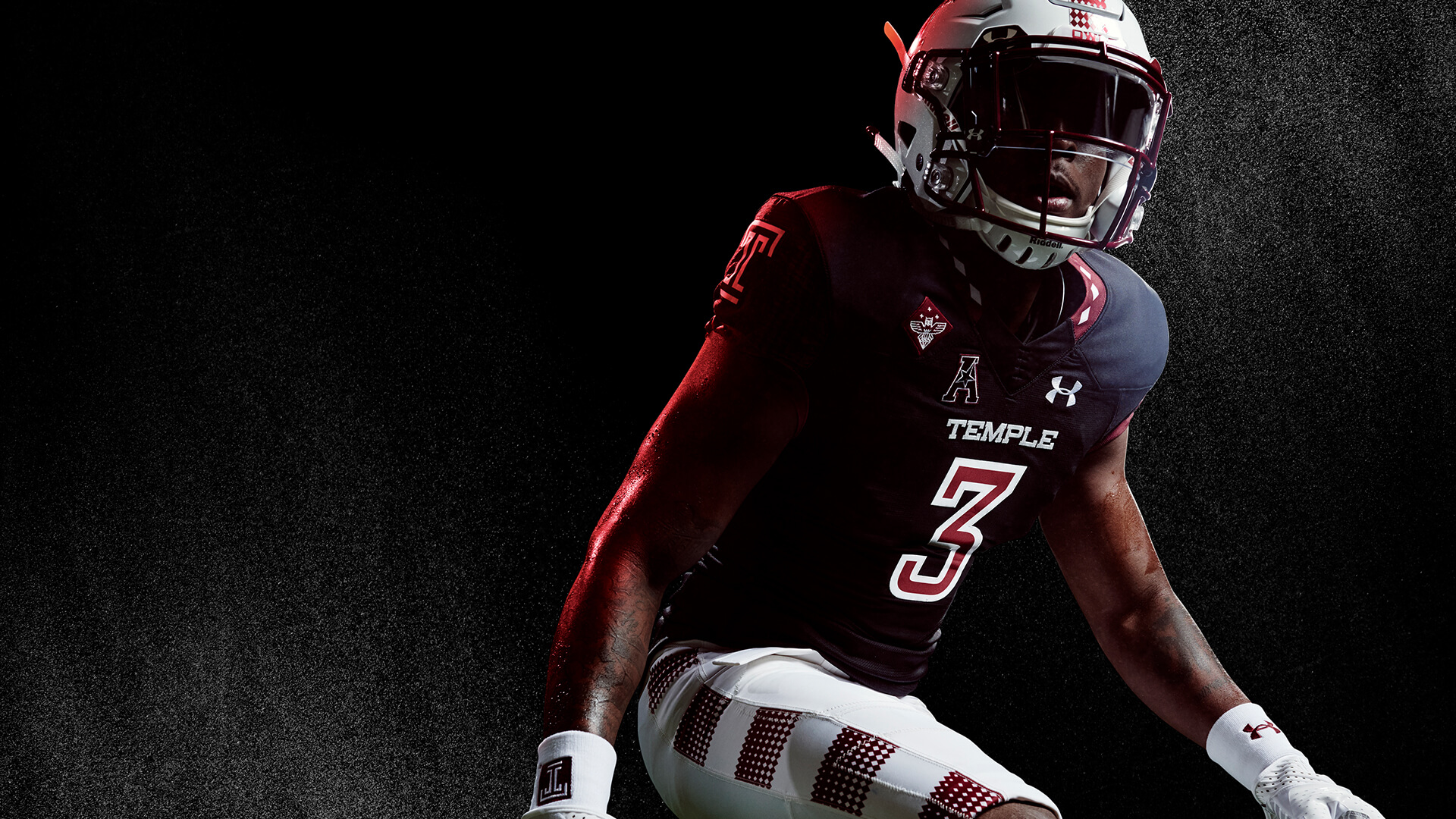 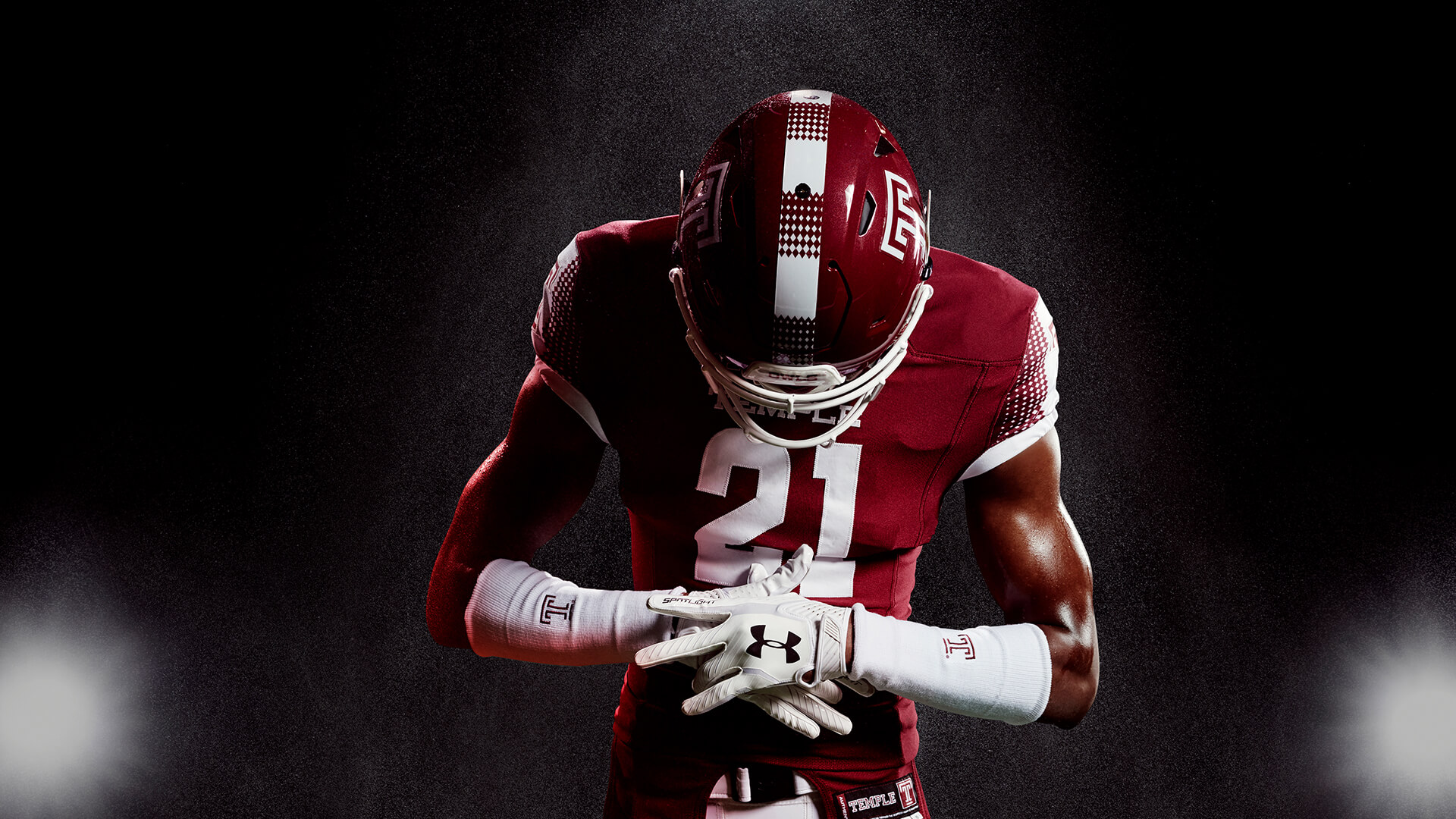 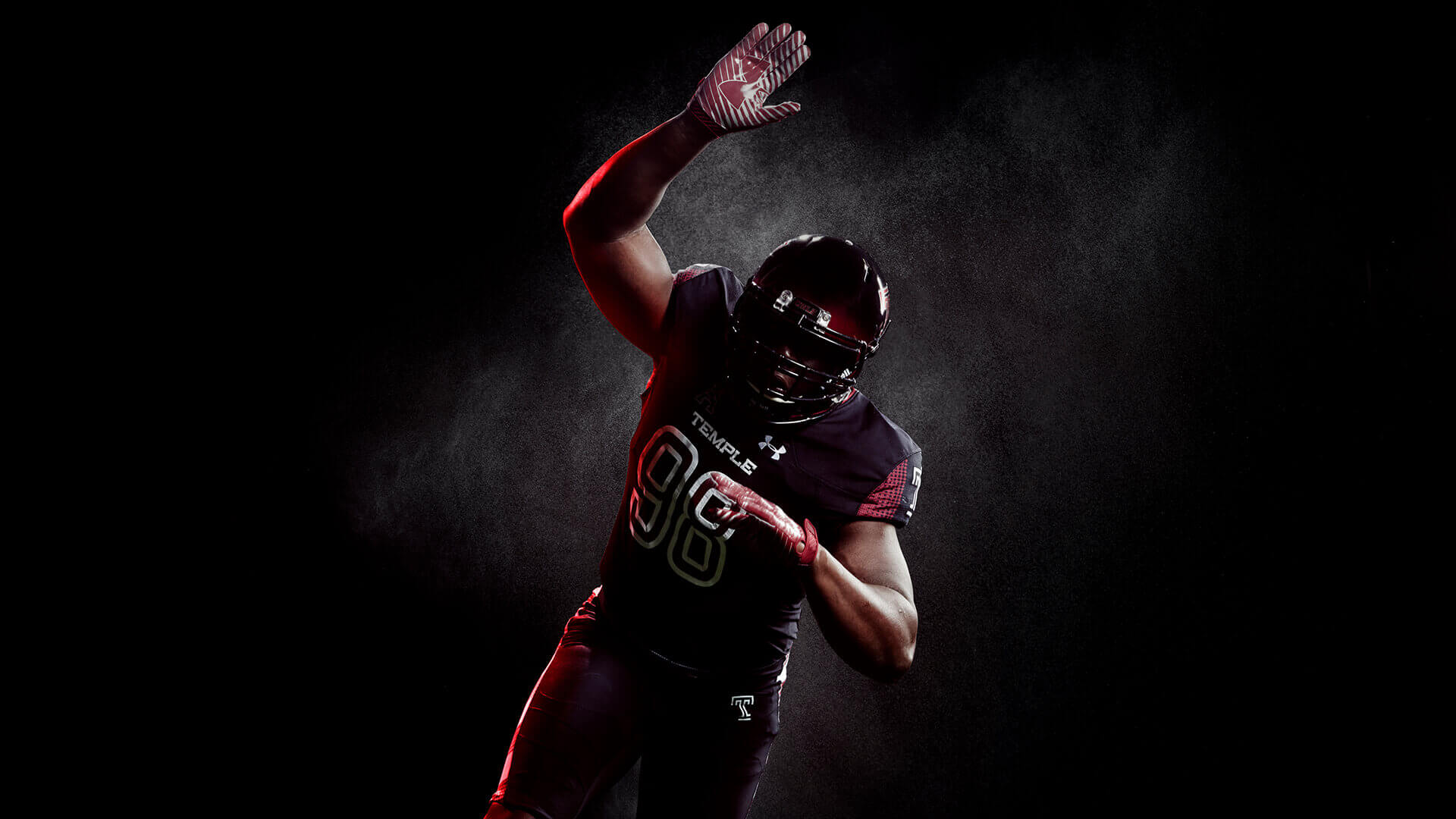 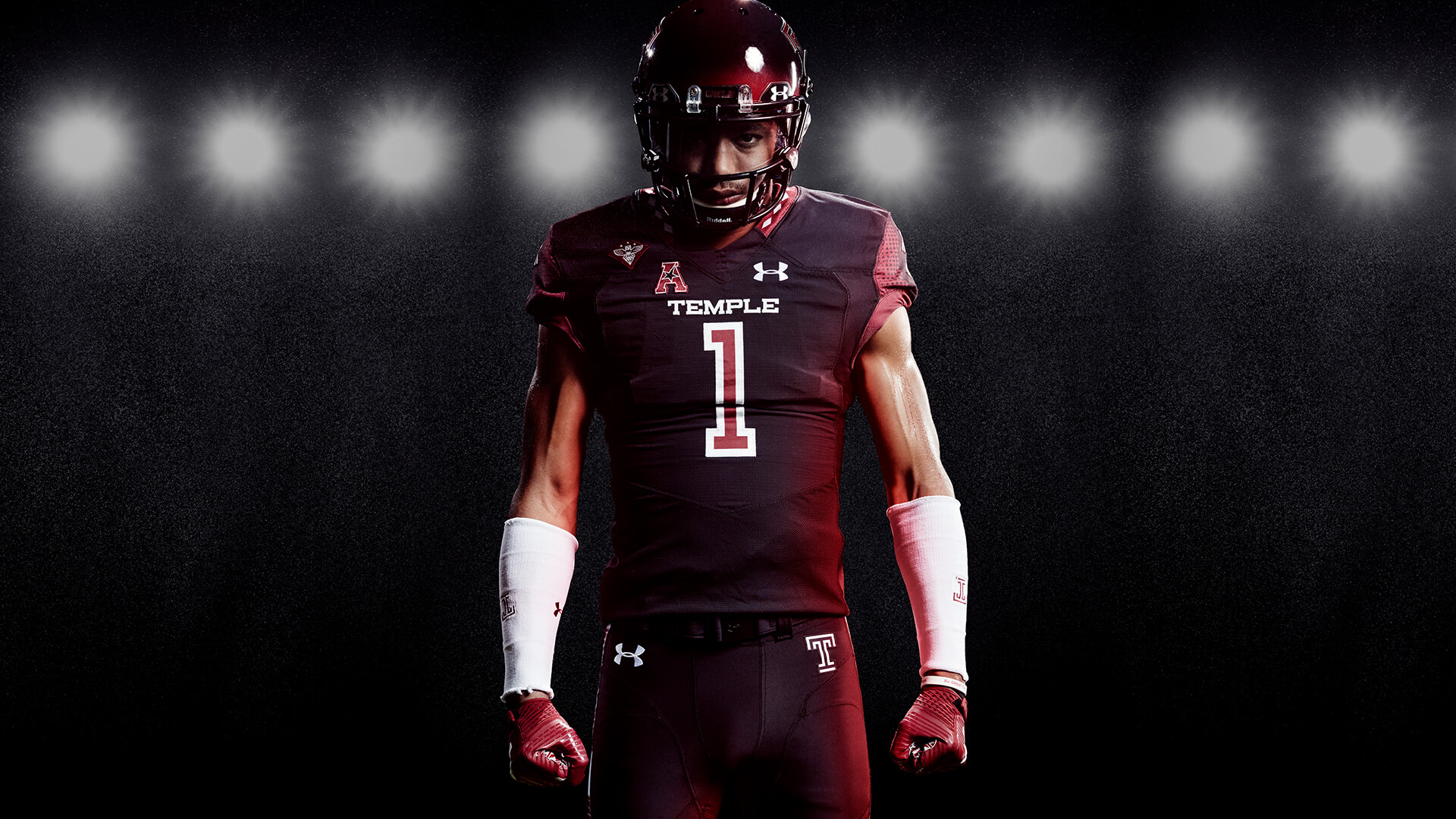 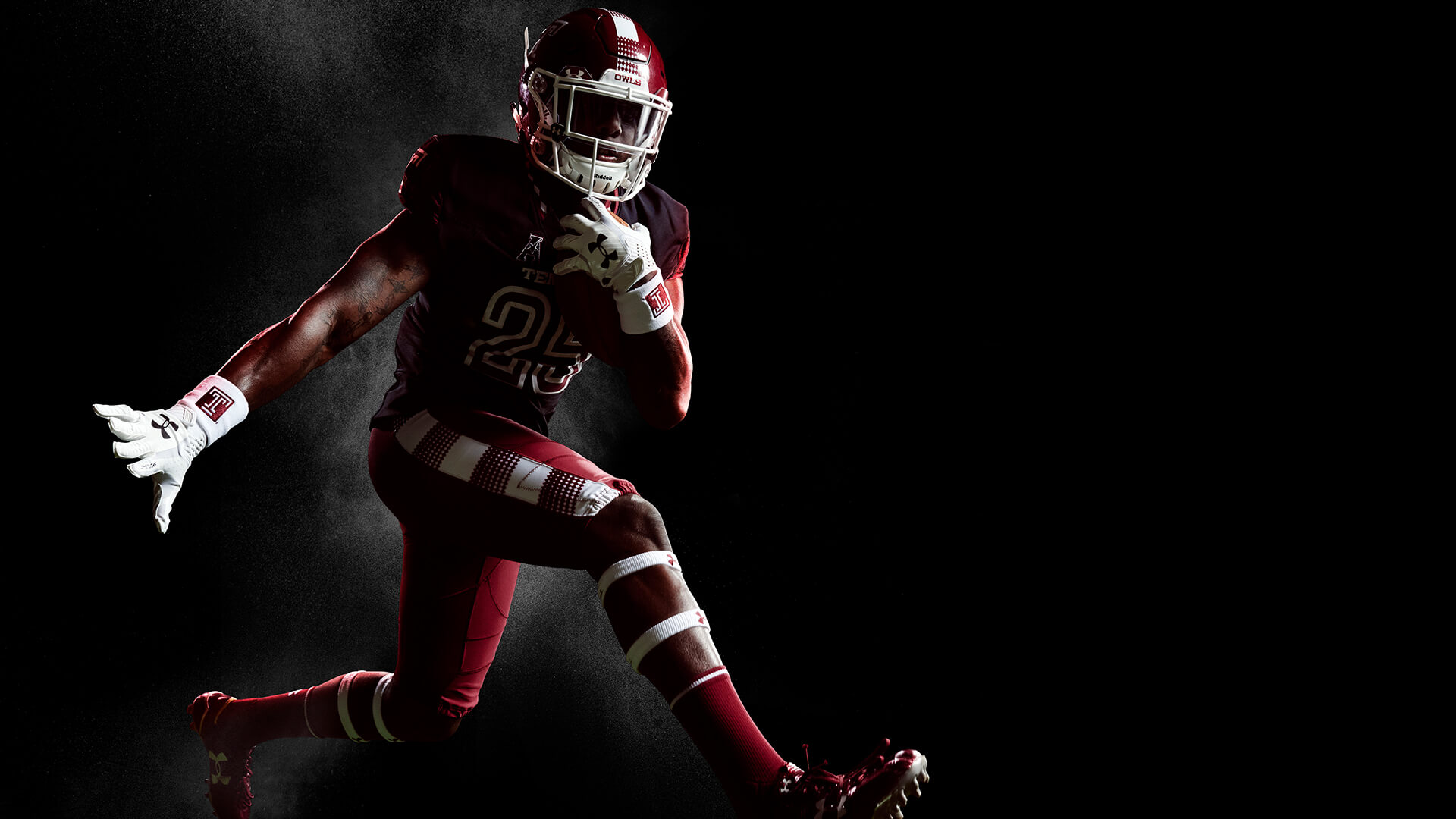 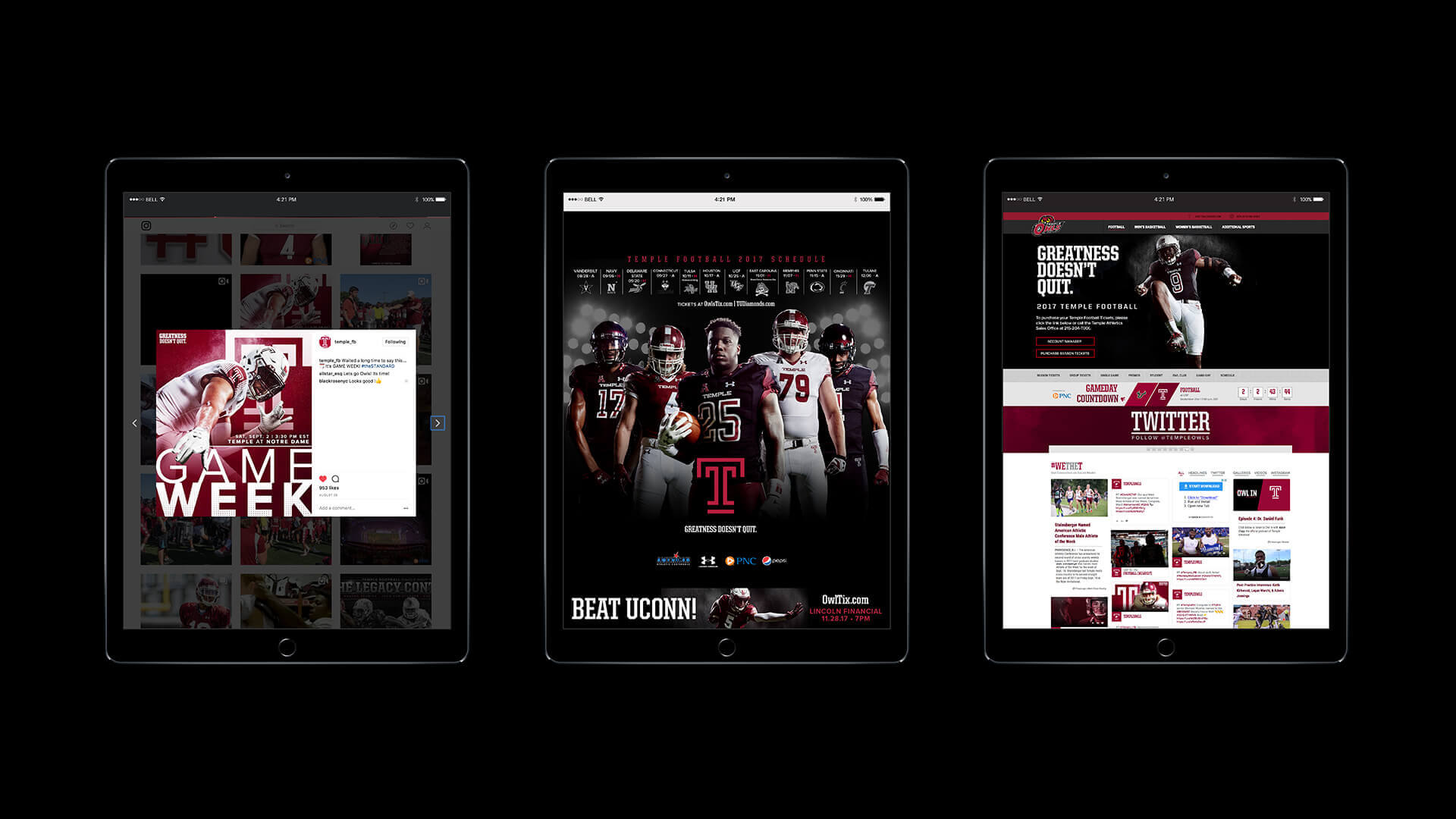