Having just come off the back of their most successful season to date, Standard Black capitalized on Temple Football’s newly elevated status.
We presented Temple Football in a “new light,” depicting the athletes on a stark, black background, triumphantly emerging through a cloud of smoke—a symbolic reference to the team’s national ranking for the previous season.
The imagery was paired with the seasonal message, “Greatness Doesn’t Quit.”

We developed the program’s logo and identity guidelines, photo and video guidelines, tone of voice and copywriting style. The assets were rolled out across TV, print, digital, social channels and OOH. We even created a signature helmet featuring a diamond motif, paying homage to Temple University’s founder Russell Conwellʼs famous speech.

The Greatness Doesn’t Quit platform saw a 15% increase in ticket sales for the 2016 football season. The success of the campaign can further be measured by the level of talented athletes Temple has recruited for the 2017 season. Additionally, the Greatness Doesn’t Quit platform was adopted as an overarching positioning for all sports within the Athletics department at Temple, and rolled out across their subsequent channels. 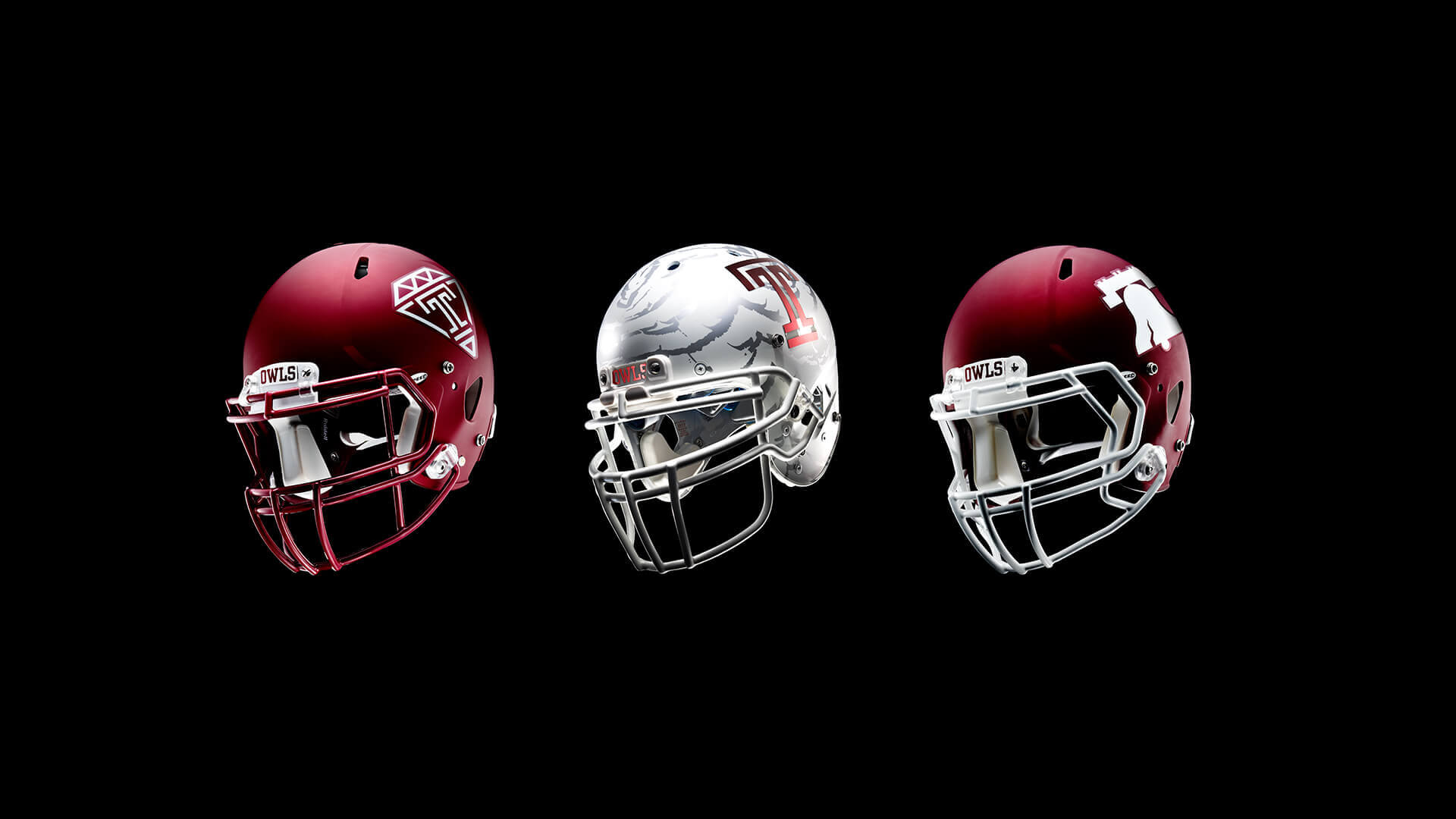 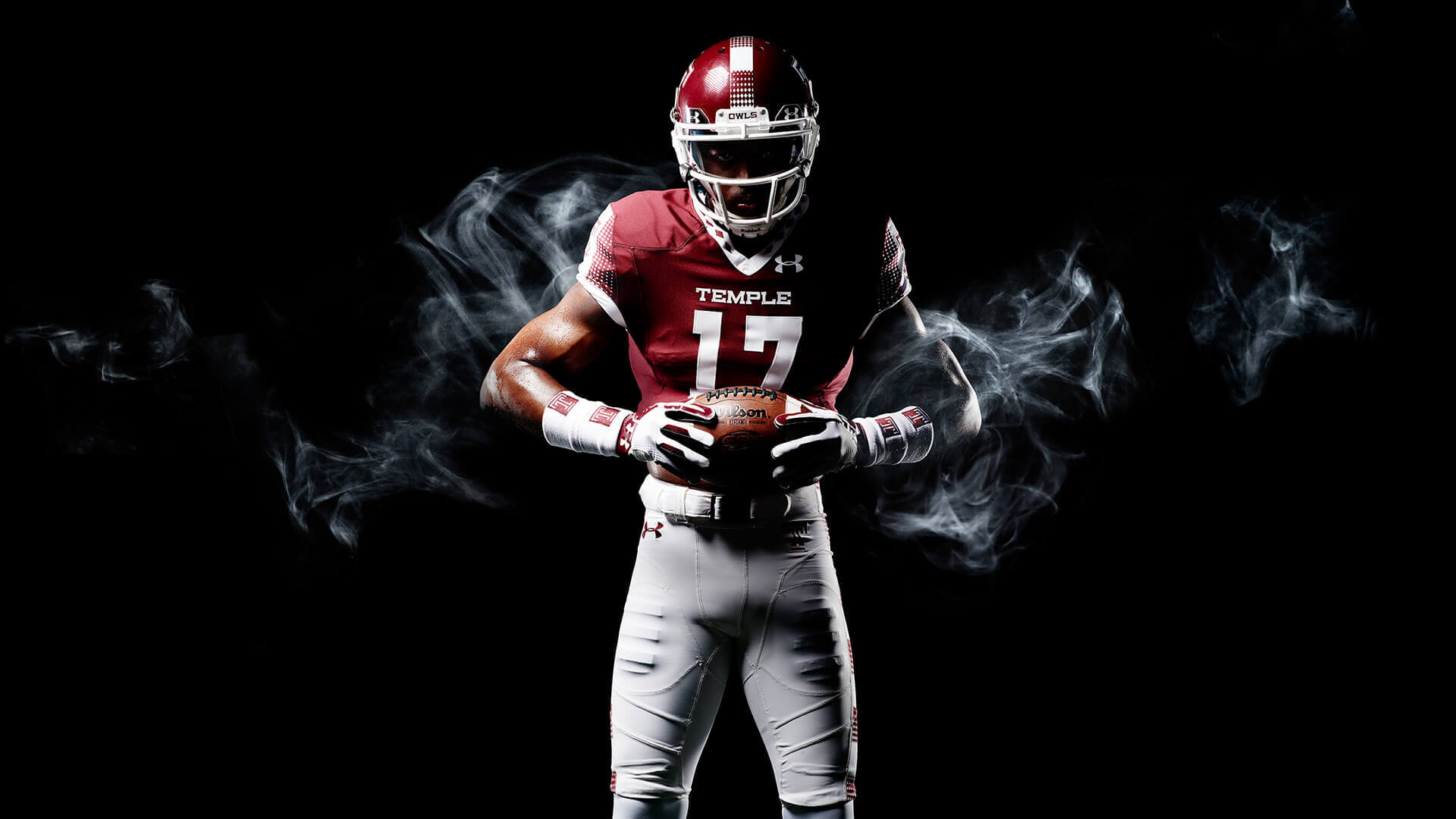 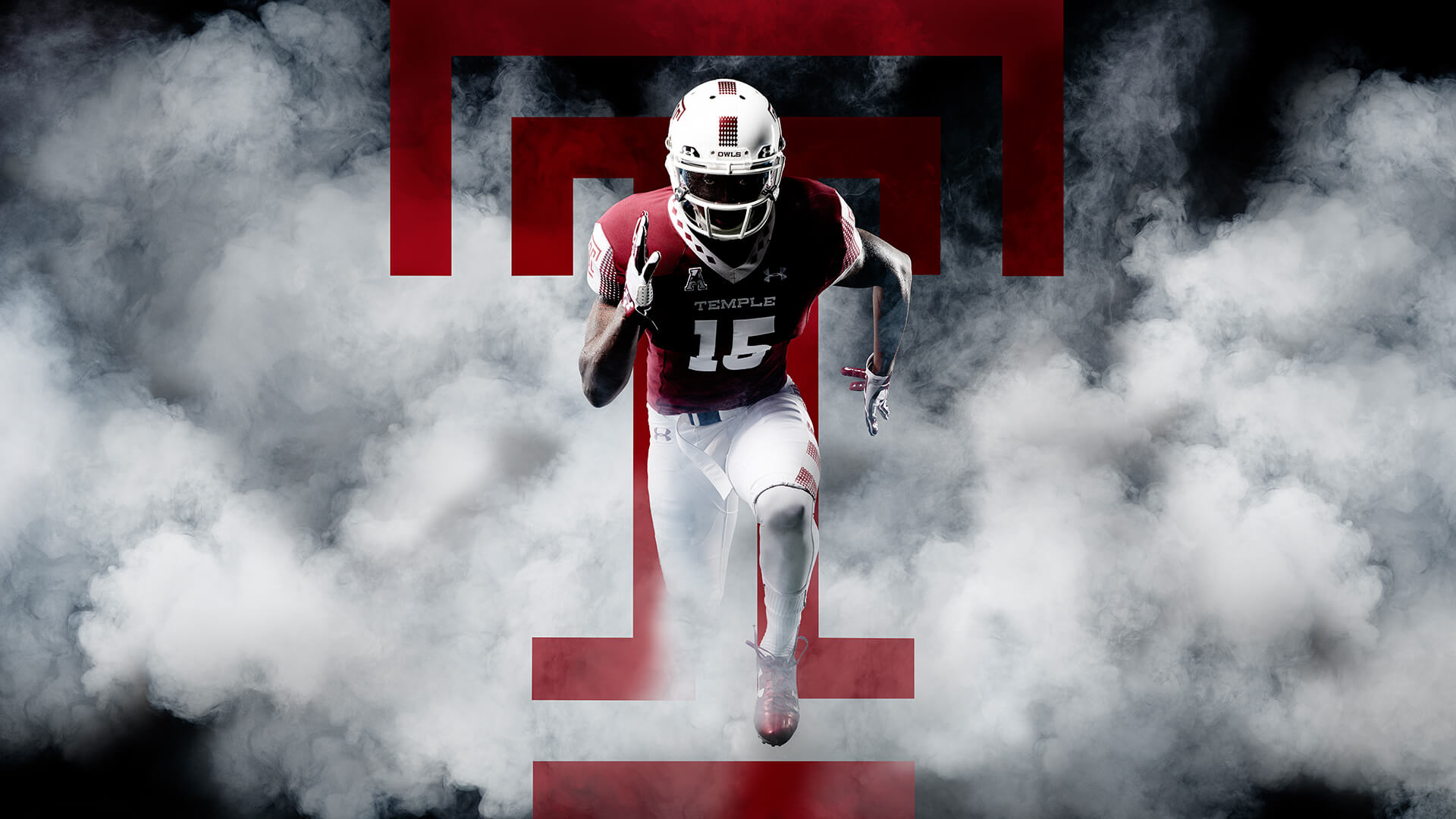 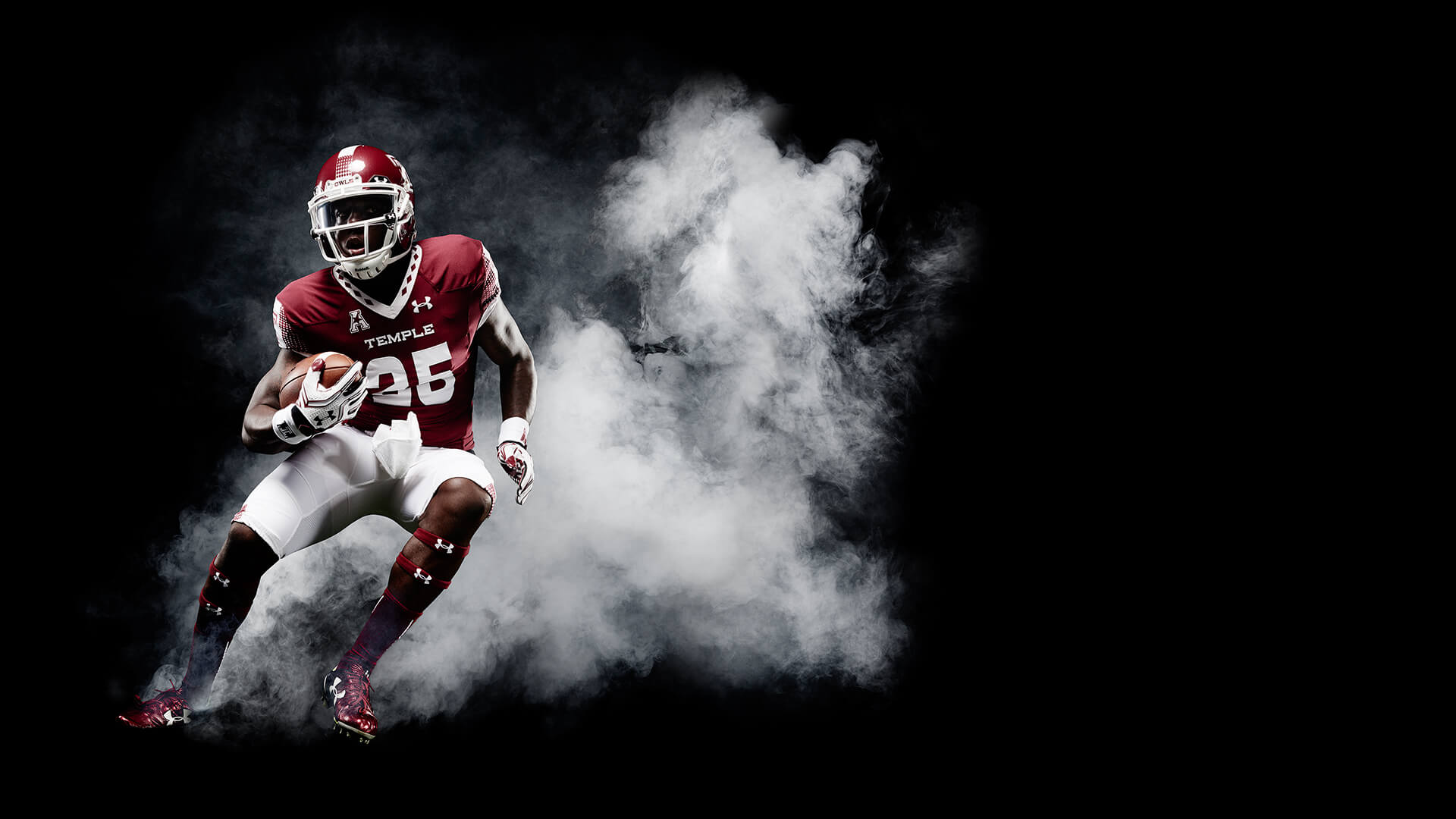 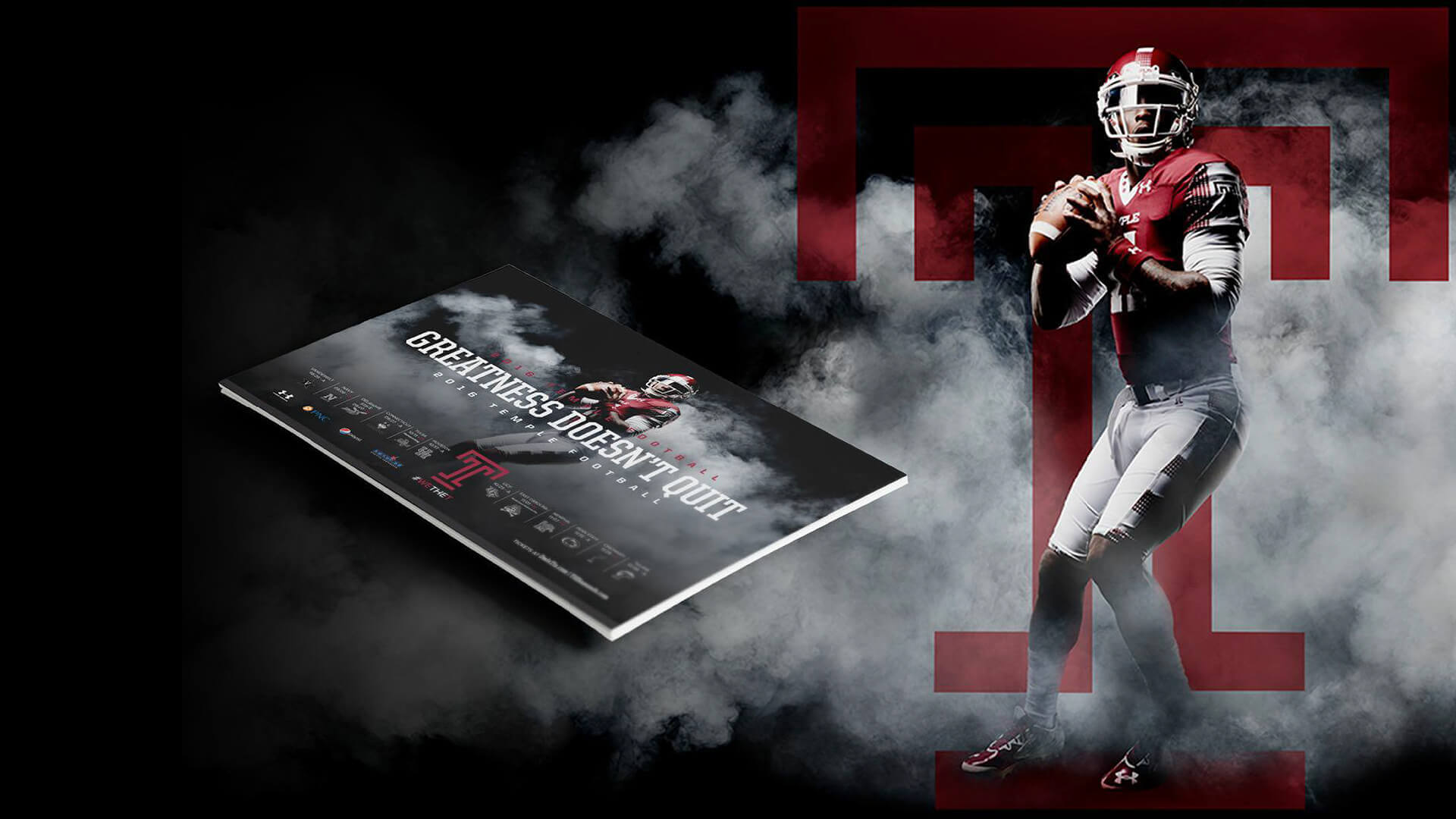 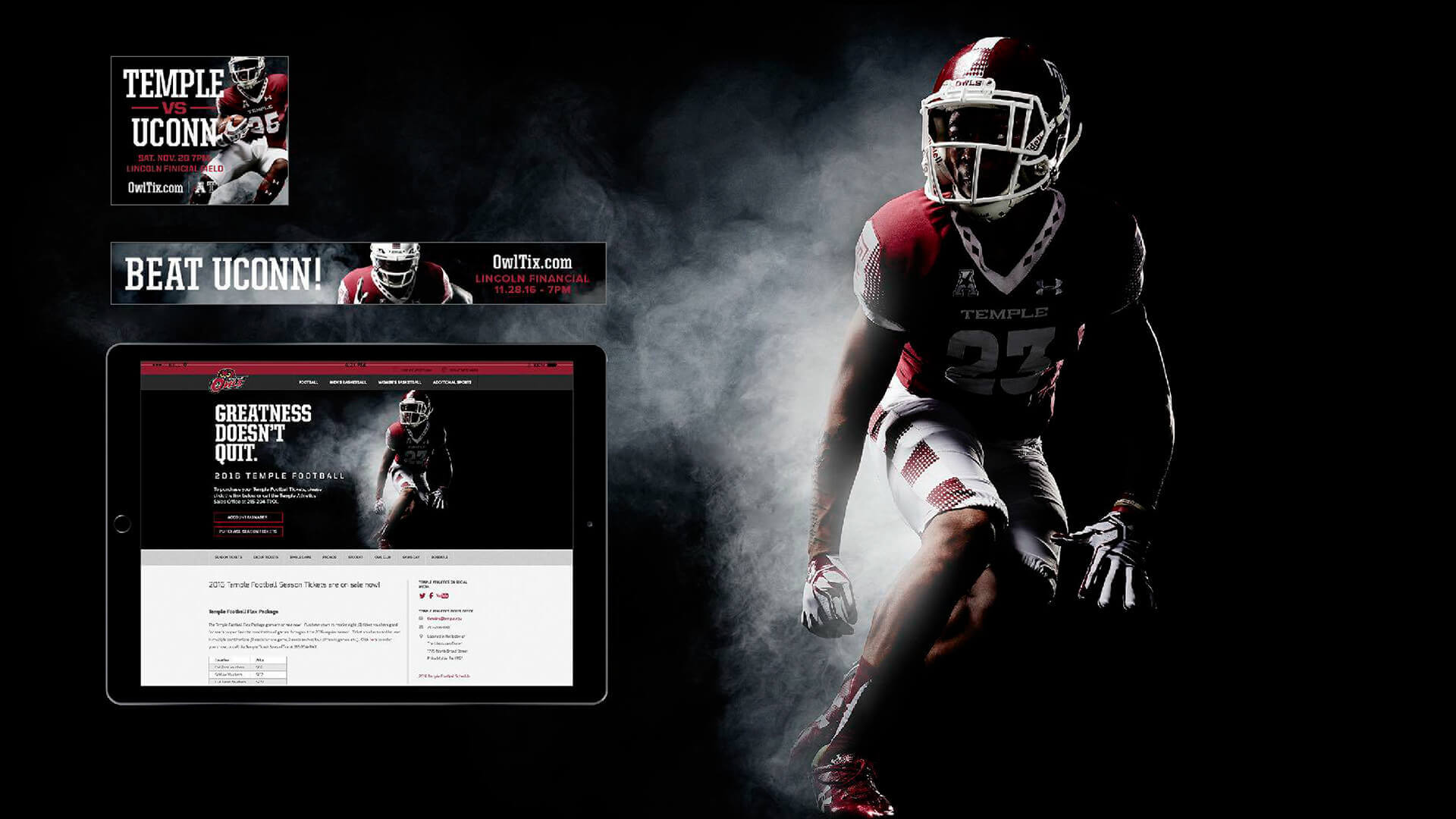 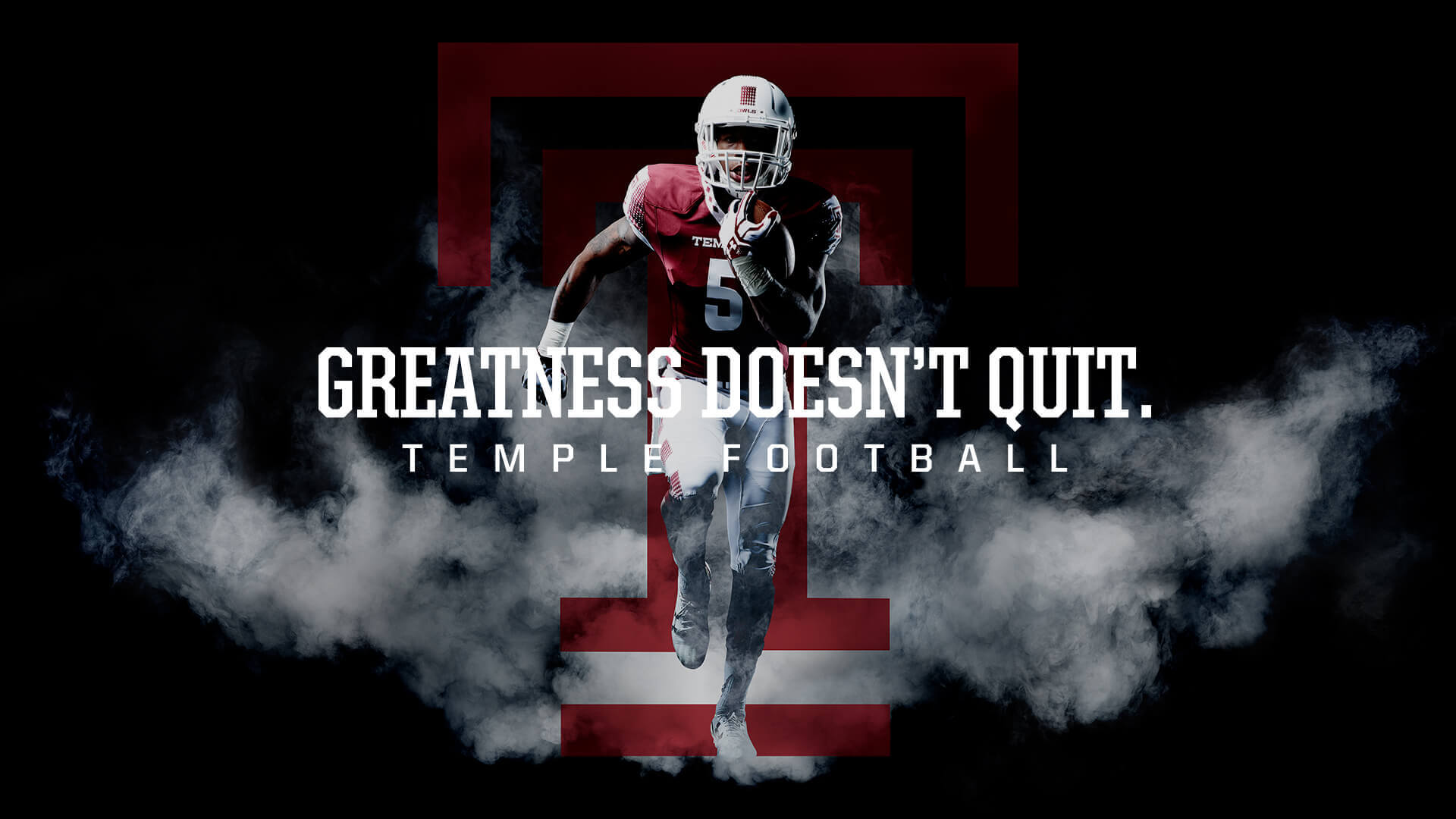 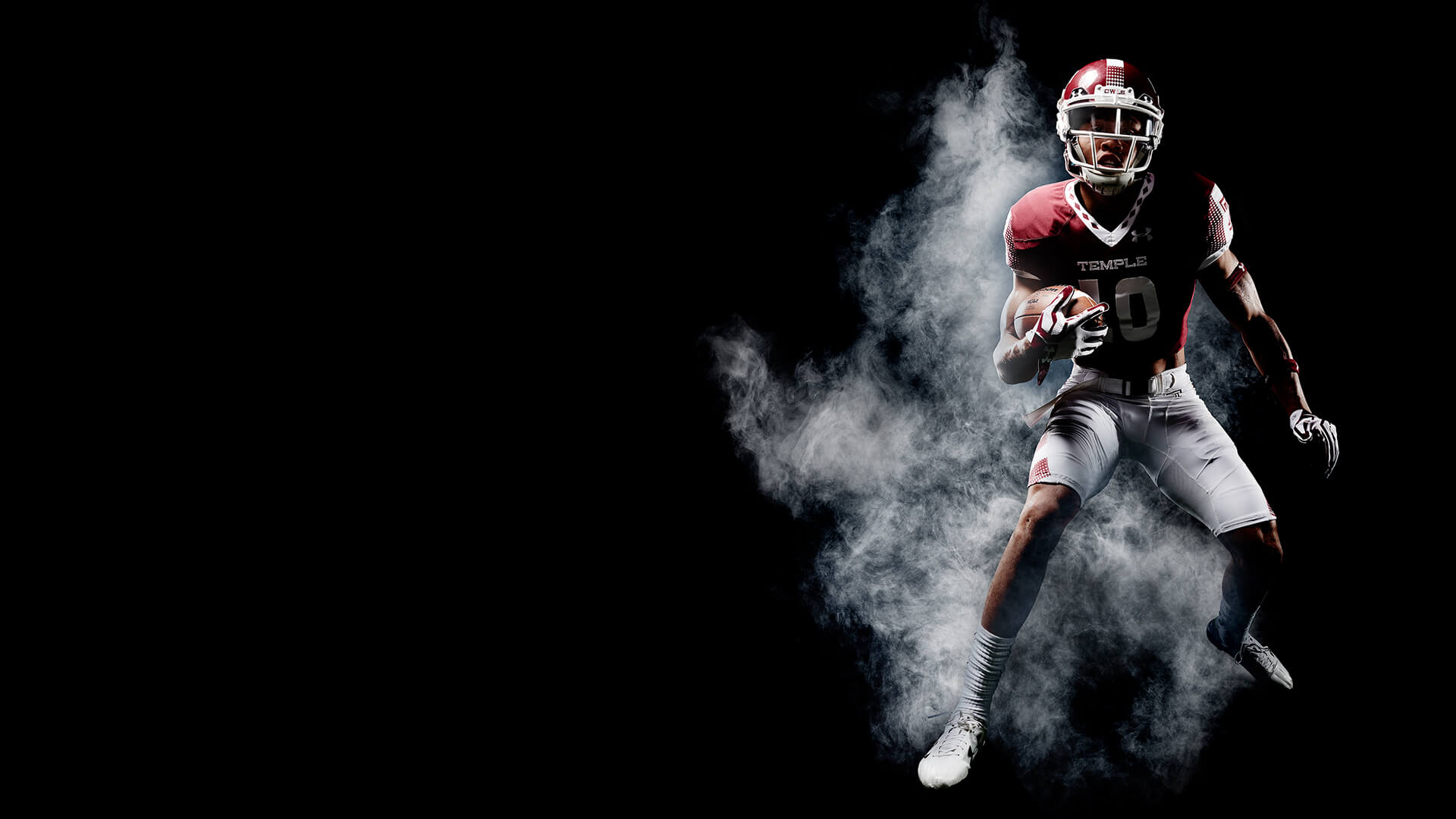 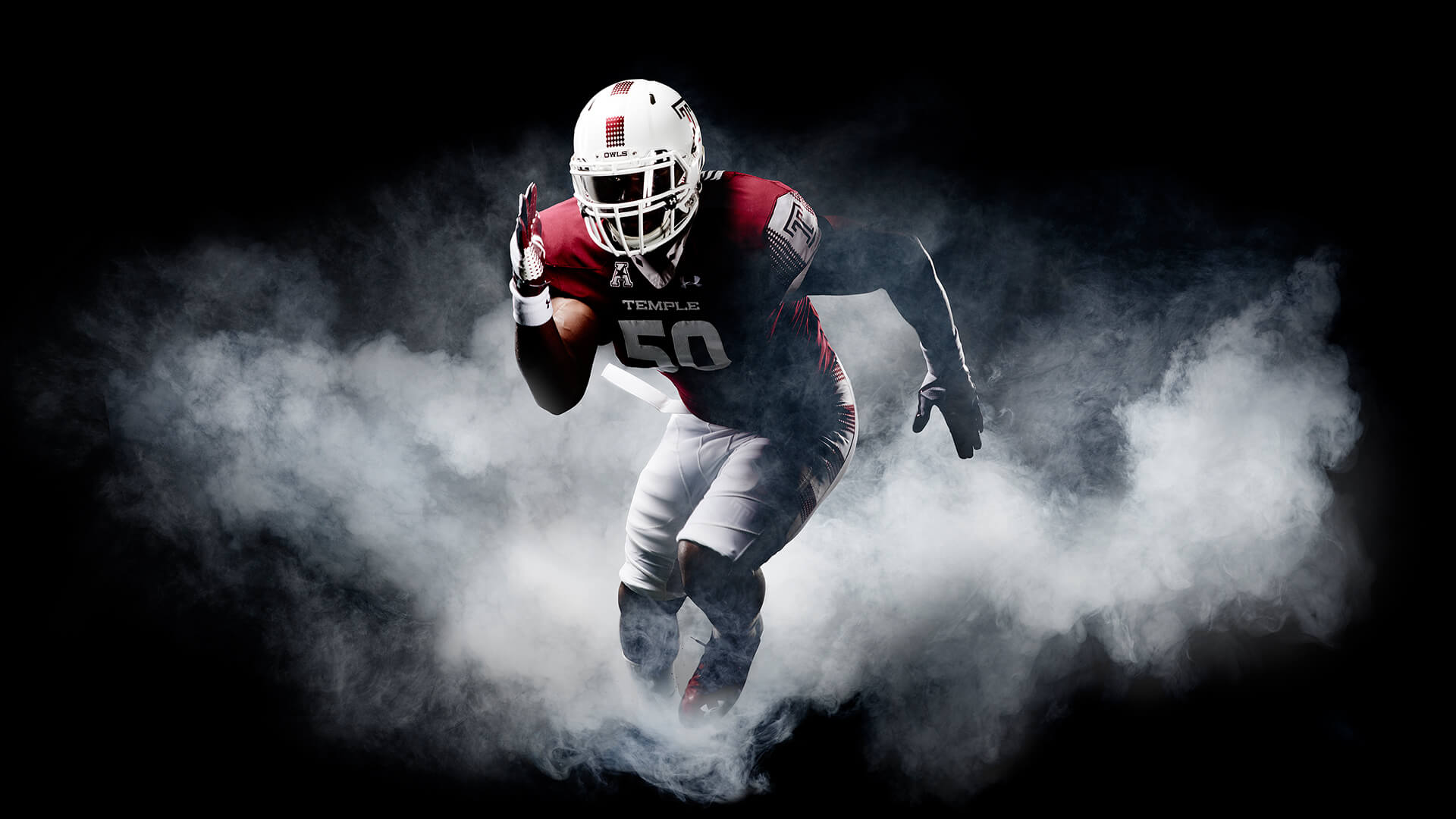